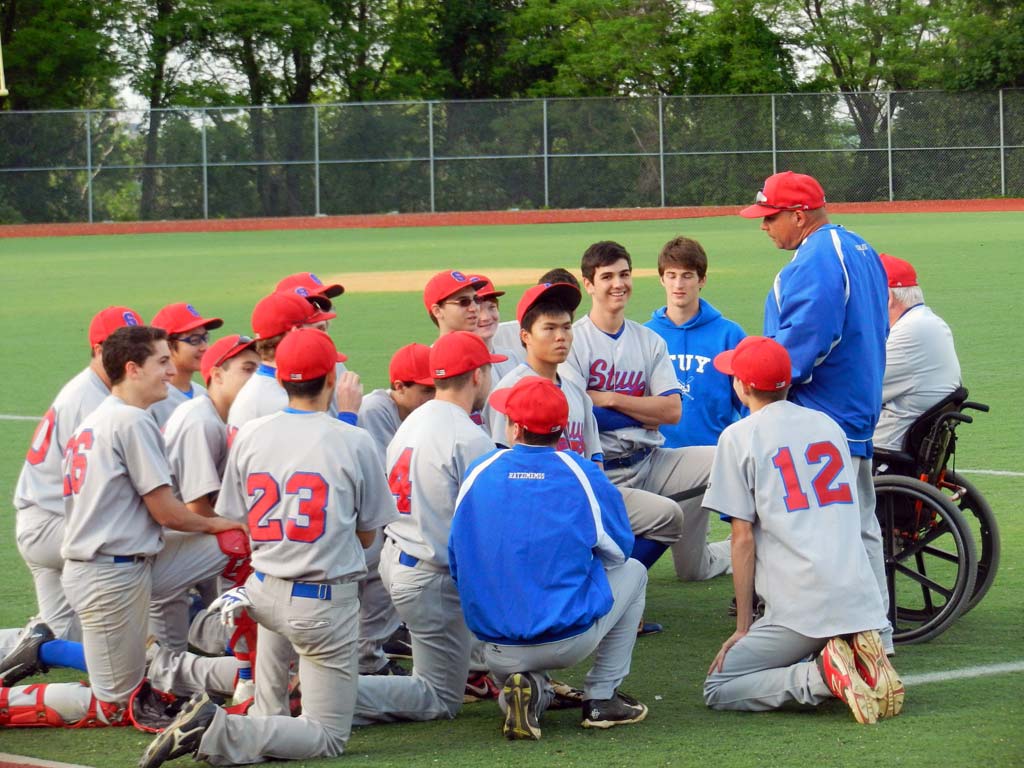 The Stuyvesant varsity baseball season came to an end yesterday with a loss to George Washington HS in the first round of the playoffs. Although the score was 12-2, the game was much closer then the score would lead you to believe. We began the game missing four starting players due to a late start of an AP exam. Many players had to play out of position or in a position that they never played before. Matthew Cook pitched into the 4th, striking out three and walking only one batter. Eric Morgenstern played SS (usually 2nd base) and had 6 put-outs. Khyber Sen played 2nd (usually P or OF) and made an amazing catch over his head to save two runs. Max Schnieder played 3rd (usually OF or C ) and got 1 hit and an RBI.

I want to thank our seniors for their hard work during a tough season. And I’d like to thank all the alumni players and parents who showed up yesterday. As always thank you for all your support.