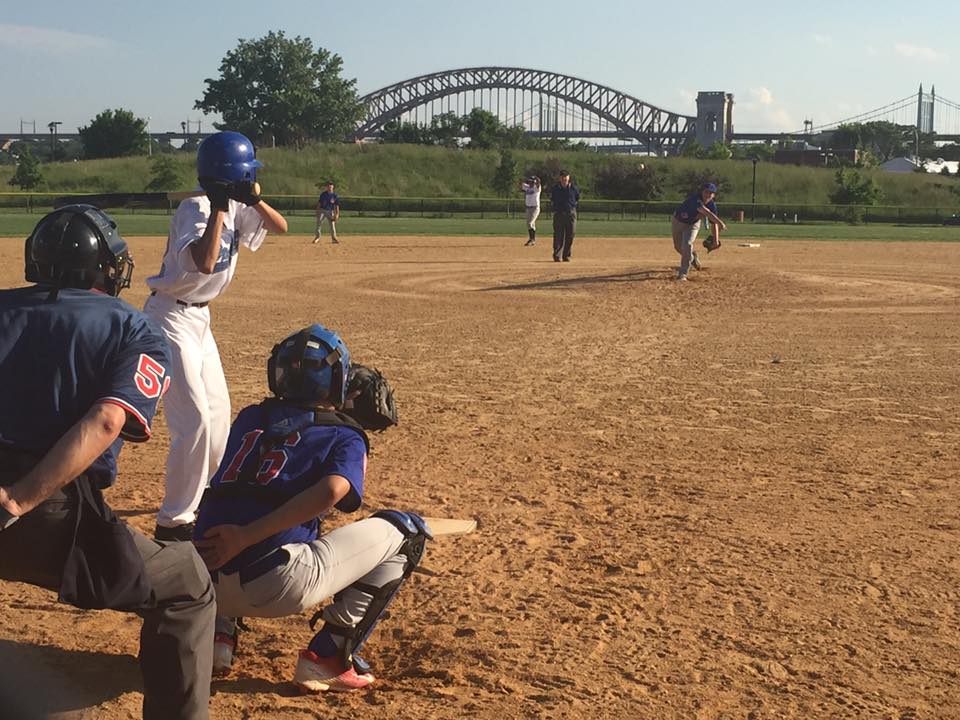 [From Facebook – Coach Nardiello] Stuy’s JV beat Graphics Campus, 14-1 in the first game of a two-game series – as Cooper K’s 8 over 3 innings, and Matthew Deutsch shuts them down in another. Brandon Rimmy, Cooper Nissenbaum and Matt had 2 hits apiece of the team’s 9 hits. Stuy JV hosts Graphics at Pier 40 on Thursday trying for the series sweep. [Edited from GameChanger]

Stuyvesant took an early lead in the first inning. An error scored one run for Stuyvesant Peglegs JV.

Stuyvesant scored six runs in the fourth inning, on a single by Brandon Rimmy, a stolen base , a single by Owen Potter, a single by Matt Deutsch, and a fielder’s choice by Ben Zenker.

Cooper Nissenbaum earned the win for Stuyvesant. He went three innings, giving up one run, three hits, and striking out eight. Stuyvesant had nine hits in the game. Rimmy, Nissenbaum, and Deutsch each collected multiple hits. Stuyvesant didn’t commit a single error in the field. Henry Carver had 12 chances in the field, the most on the team. The Peglegs stole 11 bases during the game as four players stole more than one. Zenker led the way with two.