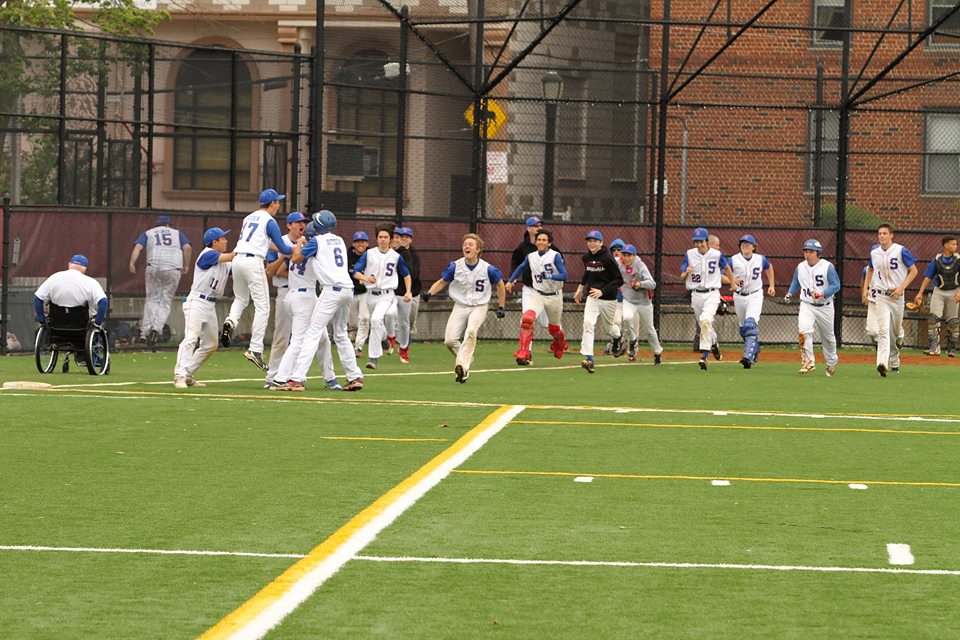 The 2017 baseball regular season has come to a close to with a walk-off win over Bryant HS. Malcolm Hubbell had two hits today including the game winner in the bottom of the 9th to score Dean Steinman from 2nd base. The final score was 1-0. Good defense and great pitching kept us in the game. Tobias Lange and Jack Archer combined for the shut-out.

The Peglegs finished the season with an amazing 12-4 record in the PSAL’s AAA division which is no small feat. It is the best record Stuyvesant has had since I’ve been coaching. We now have to wait until tomorrow night for the playoff seeding. The playoffs will begin on Wednesday May 24th and the game will be played at Pier 40, thanks to Mike Schneider, giving his GVLL field time to us.

I want to thank everyone for all your help this season especially our seniors for all their had work through the years. Hopefully, you guys can carry us a little longer.

Coach Hahn and I are so very proud of the whole team for what you’ve accomplished this year. Your hard work, dedication, commitment has paid off.

Stuyvesant defeated Bryant 1-0 on Friday thanks to a walk-off single. The game was tied at zero with Stuyvesant batting in the bottom of the ninth, when Malcolm Hubbell singled, driving in Dean Steinman, who had walked and advanced to second on a fielder’s choice.

Tobias Lange started things off strong for Stuyvesant, as two pitchers combined to throw a shutout. Stuyvesant pitchers struck out nine on the way to victory. Jack Archer earned the win for the Peglegs. He tossed three innings, allowing no runs and no hits, striking out two, and walking none. Compres took the loss for Bryant. He threw three and two-thirds innings, giving up one run, two hits, and striking out six.

Lange started the game for Stuyvesant. He pitched six innings, allowing no runs, four hits, striking out seven, and walking one. Strawsacker started the game for Bryant. He tossed five innings, giving up zero runs, four hits, and striking out six. Stuyvesant had six hits in the game. Hubbell and Archer each collected two hits to lead Stuyvesant. Stuyvesant was sure-handed and didn’t commit a single error. Hubbell made the most plays with 11.