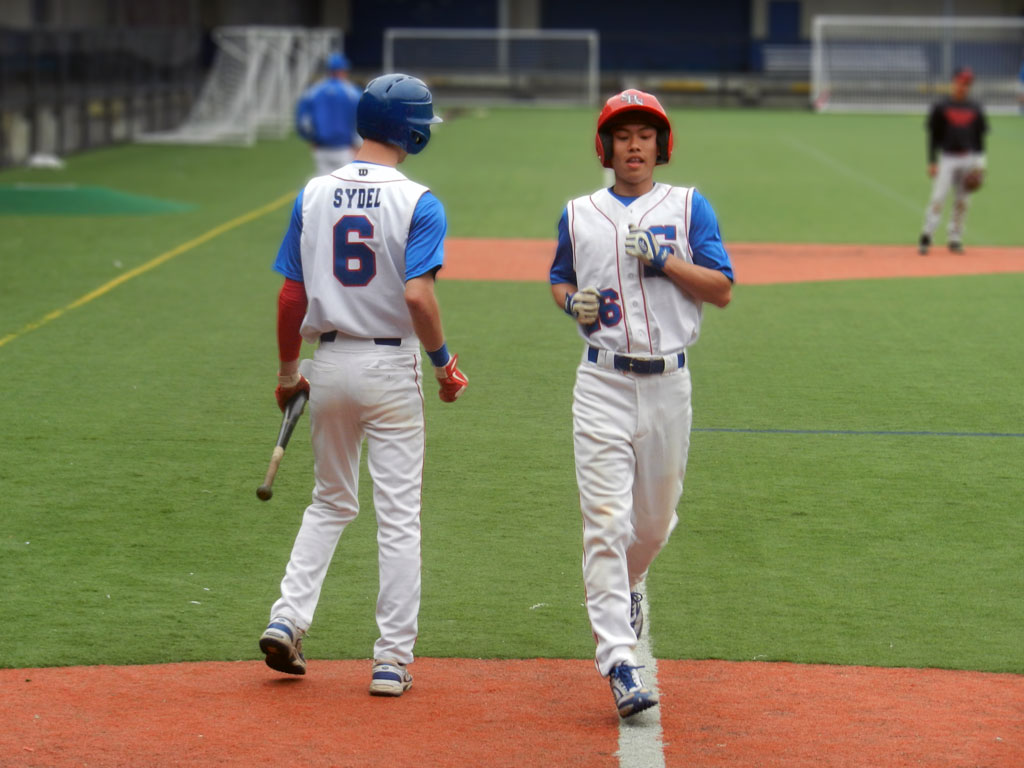 Tim Diep lead off with a triple to deep right field and the Hitmen never looked back winning 11-1 against Murry Bergtraum at Pier 40.

Four runs in the first and one more in each of the next two innings allowed Hitmen to put the game away early. Ben Sydel had two RBIs and scored one run on two hits for Hitmen. He singled in the third and sixth innings.

Matthew Cook struck out nine in a complete game win allowing no earned runs on five hits and two walks over six innings.

Thanks to Lee Mandell (p'14) for the photos.
Game summary based on data from GameChanger.io - powered by Narrative Science and GameChanger Media.
Copyright 2014 All rights reserved.
Score card (pdf)  •  Box score (pdf)