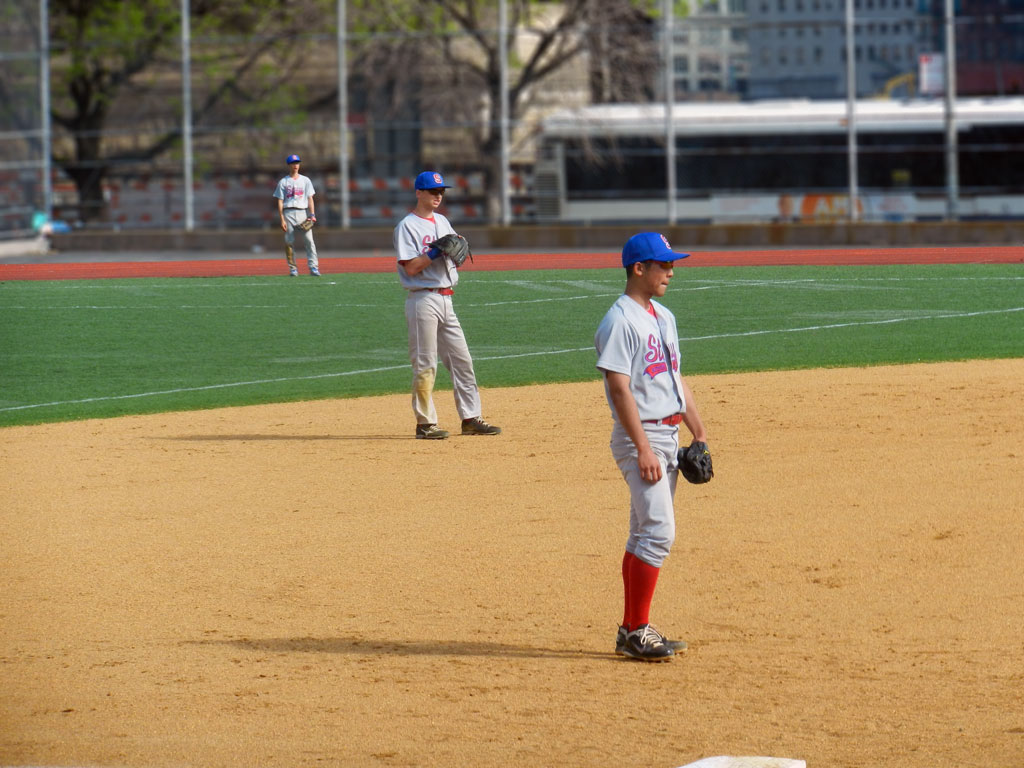 As Nick Kalanzopolous said, “That was the closest 10-5 game I’ve ever played in.”

In the top of the first, the Hitmen grabbed an early lead. Tim Diep lead off with a walk and advanced to third on Ben Sydel’s single. Mike Mazzeo got the RBI on a fielder’s choice. But a solo home run by Murry Bergtraum’s Jason Mora Paredes in the bottom half of the inning tied the game 1-1.

Alex Mandell started a rally for the Hitmen with a one out single in the top of the sixth, advancing to second on a wild pitch. A single by Kalantzopolous drove Mandell to third and a walk by Diep loaded the bases. Back-to-back singles by Sydel and Gilhooley tied the game at five.

Austin Lee replaced Nathan Chandler in relief to start the bottom of the sixth and walked the first two batters he faced, but he pitched his way out of the jam by retiring the next three batters without giving up any runs.

The Hitmen finally broke the game open in the top of the seventh, scoring five runs when Junpei Taguchi was hit by a pitch, Alex Mandell singled, and Kalantzopolous walked to load the bases. Matthew Cook came in to pinch hit and delivered with a two run single to center field scoring Taguchi and Mandell. The Hitmen added another three runs in the inning.

But it wasn’t quite over for the Hitmen as Murry Bergtraum loaded the bases in the bottom of the seventh before Austin Lee got the final batter with a strike out.

Austin Lee strikes out the last batter for the win
Thanks to Jeremy Lau ('08) for the videos, Lee Mandell (p'14) for the photo.
Score card (pdf)