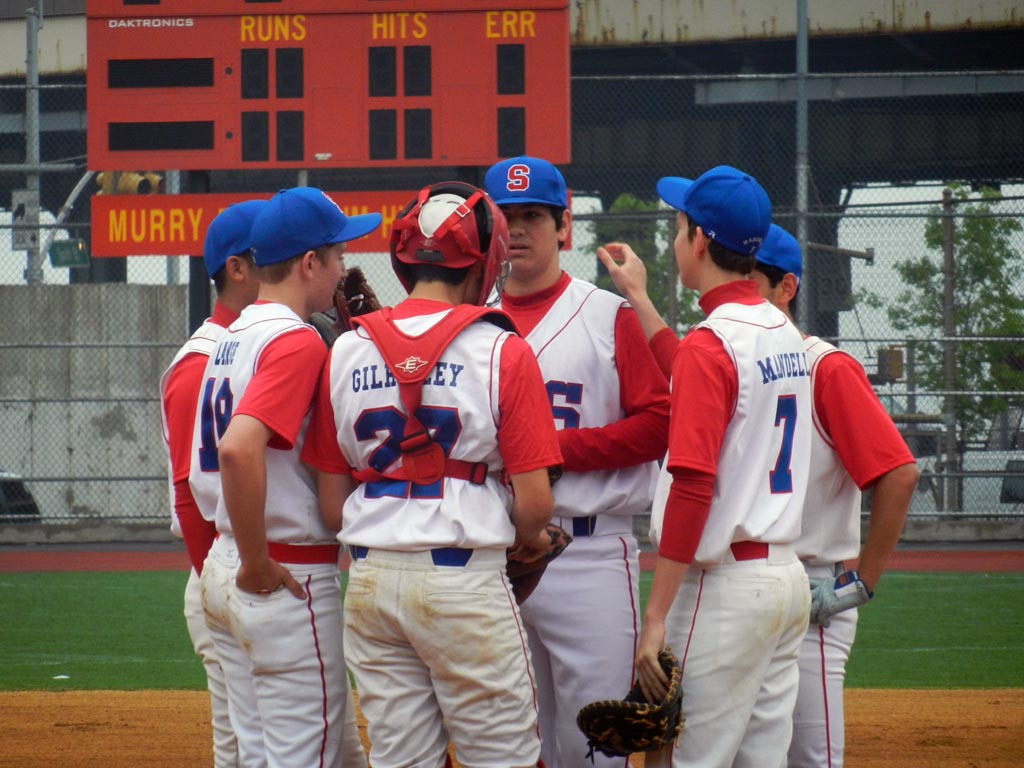 Jack Archer started things off with a two run double (Mike Mazzeo – hbp, Junpei Taguchi – bb) which was followed by a Nick Kalanzoploulous’s based loaded walk and Tim Diep’s sacrifice fly that drove in one more in the Hitmen’s four run fourth inning.

That was all Nathan Chandler needed as the Hitmen beat Lab Museum United 5-1 at Murray Bergtraum HS field. Chandler struck out 12 in a complete game win, allowing no earned runs, no walks and only two hits over seven innings.

Jack Archer racked up three RBIs on two hits for Hitmen. He doubled in the fourth inning and singled in the fifth inning.

The Hitmen’s record now stands at 8 and 6.

Hitmen!
Thanks to Lee Mandell (p'14) for the photos and video.
Score card (pdf)