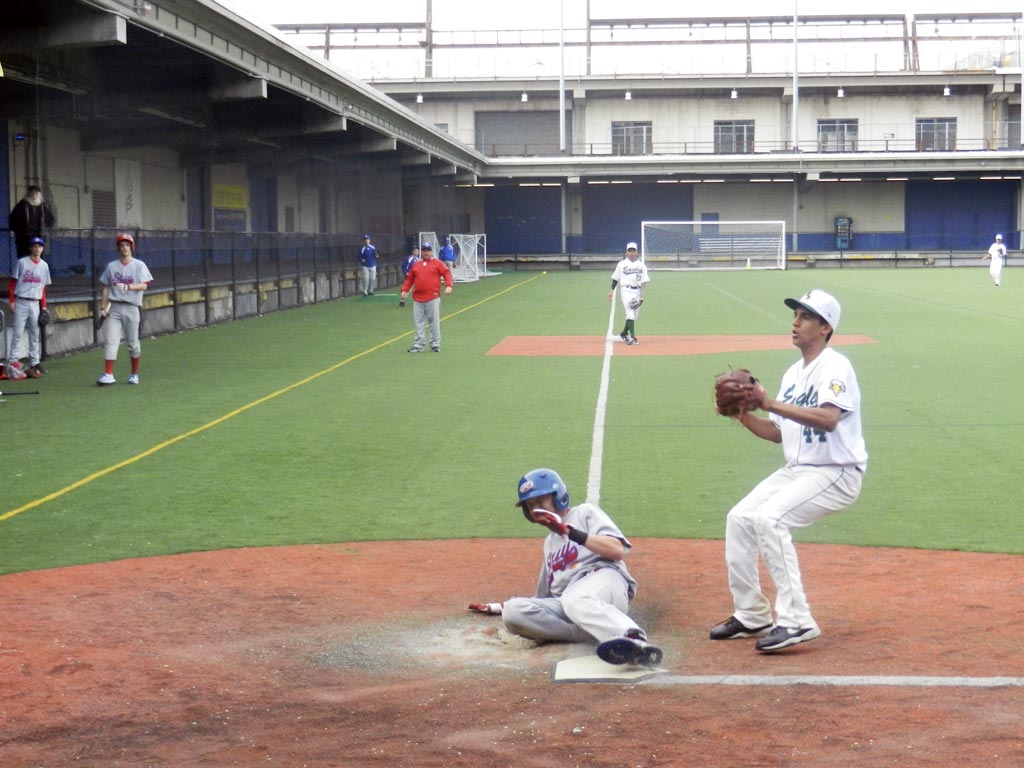 Junpei Taguchi scored the first run of the game in the fifth inning on an error by the third baseman after a walk, and two stolen bases. Ben Sydel scored in the the sixth to give the Hitmen a 2-0 lead, but Environmental came back in the bottom of the sixth to tie and won with a walkoff single to right field an inning later.