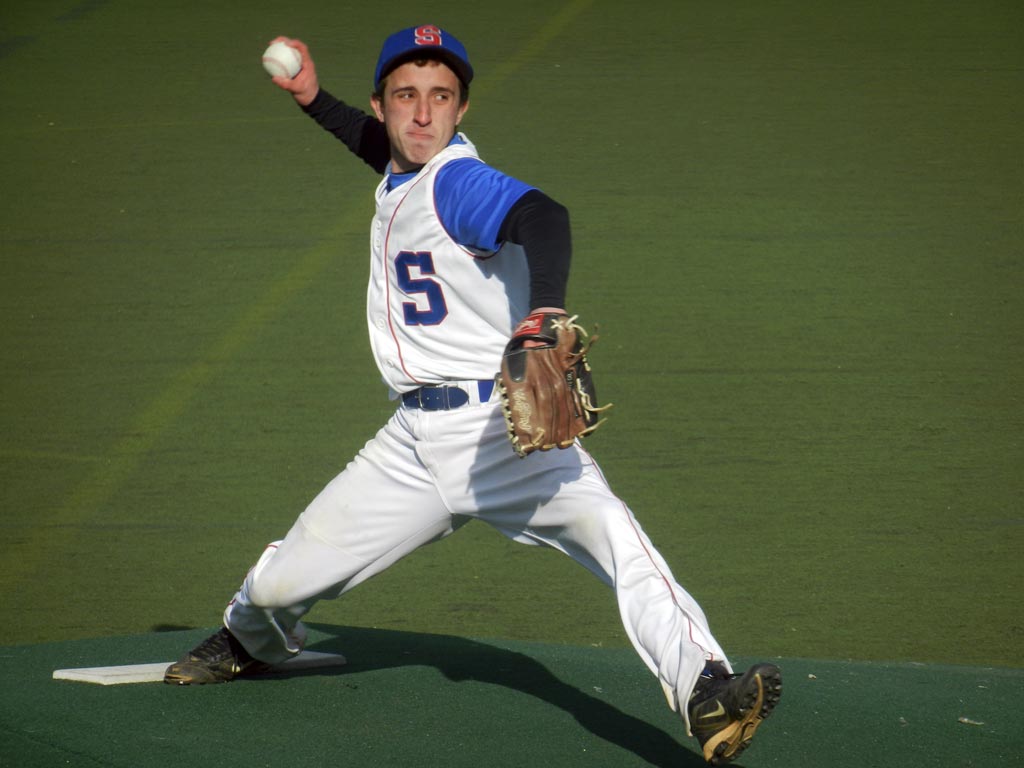 The Hitmen fell 9-8 to Gregorio Luperon HS for Science and Math in seven innings on Wednesday at Pier 40 despite racking up 11 hits and eight runs.

Luperon grabbed the early lead, scoring in four of the first five innings. But the Hitmen to responded in kind, scoring two runs in the fourth on an error and a groundout by Demos Sfakianakis and then tied the game in the fifth on a two-run home run by Nick Kalantzopoulos and an RBI single by Alex Mandell.

Gregorio Luperon came back to take the lead, scoring three runs on a two-run error and an RBI single by Yasser Mendez.

Two runs in the bottom of the seventh helped the Hitmen close the deficit to 9-8. An error and a passed ball triggered Hitmen’s comeback. Jonathan Shin was called out to end the game on a questionable call, with what would have been the tying run, attempting to come home on a passed ball.