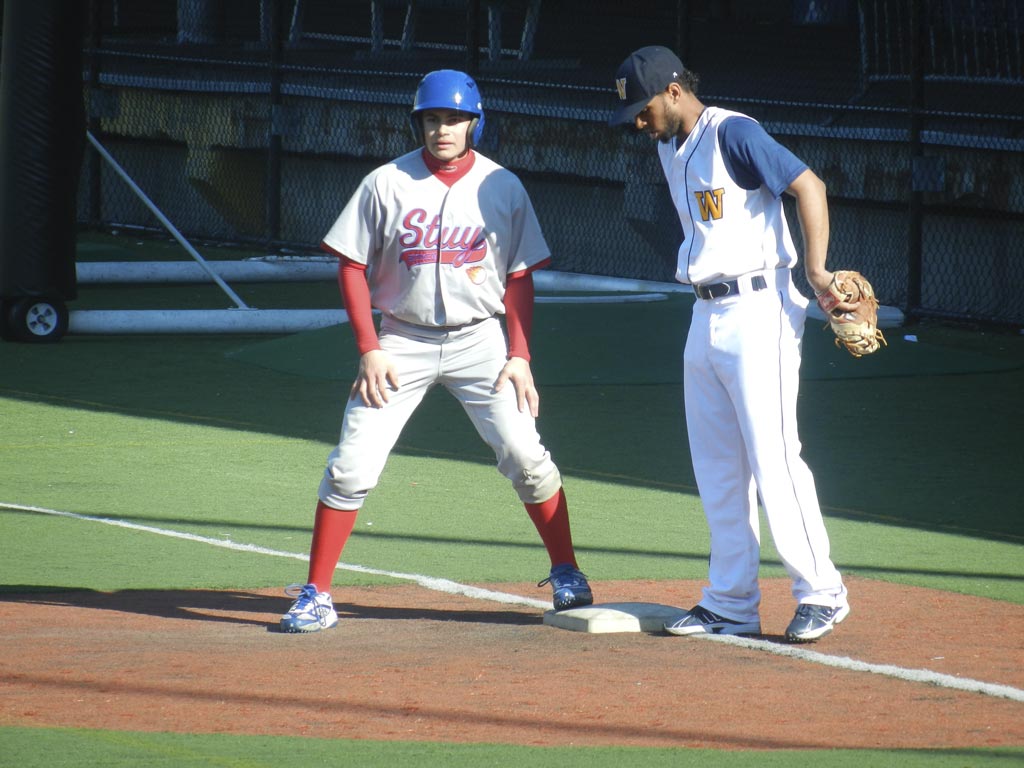 Luke Morales on first after a bunt single

The Hitmen got their revenge for yesterday’s loss by beating West 50th St 13-7 on Thursday at Pier 40.

The Hitmen took the lead for good by scoring two runs in the top of the second inning. They put the game out of reach with a seven run explosion an inning later.  Luke Morales lead off the inning with a bunt single and Nick Kalanzopoulous and Tim Diep each drove in a run with singles.

Jack Archer recorded the win for the Hitmen. He allowed four runs over four innings. He struck out three, walked four and surrendered four hits.