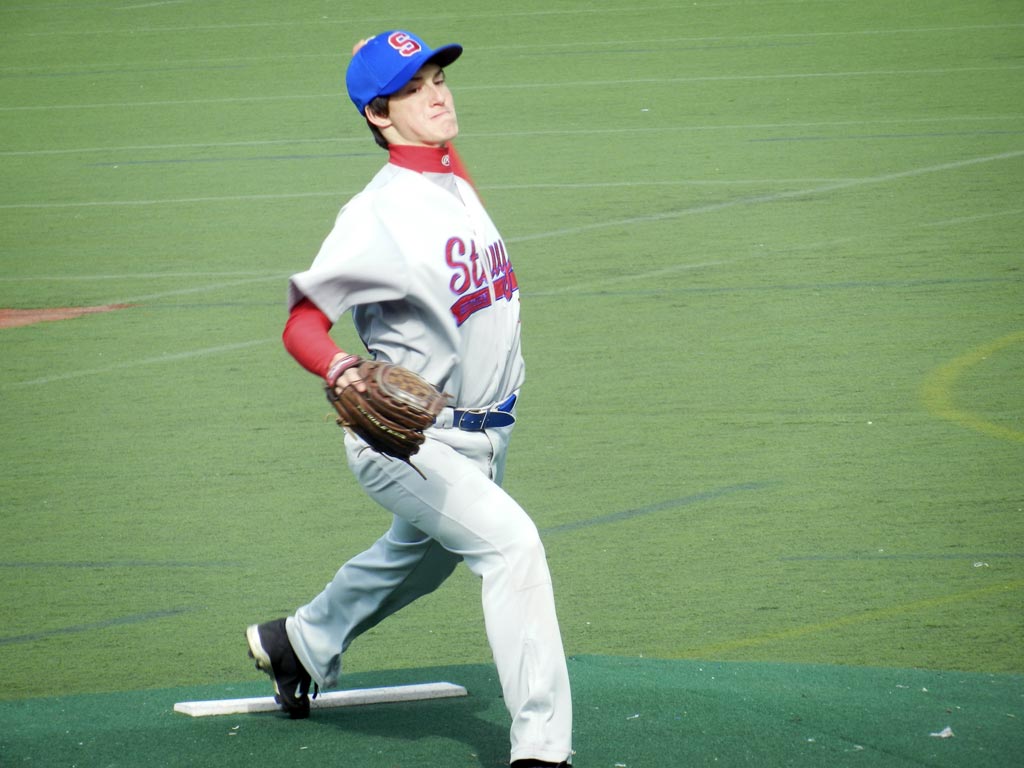 The Hitmen got the win thanks in large part to Matthew Cook’s dominant, 12-strikeout performance. The Hitmen’s pitcher tossed five innings of shutout ball and allowed only one hit while striking out 12.

Six runs in the opening three innings allowed the Hitmen to easily put away HS Graphic Communication Arts. An error, a passed ball, and a groundout by Jack Archer during the first inning supplied the early offense for the Hitmen.

The Hitmen added three more runs in the bottom of the third. Junpei Taguchi’s single got things going, scoring Mike Mazzeo and Nick Kalantzopoulos. That was followed up by Alex Mandell’s single, driving in Taguchi.

The Hitmen put the game away with four runs in the bottom of the fourth. Ben Sydel lead off the scoring in the inning with aggressive baserunning by stealing third and then coming home on a passed ball.